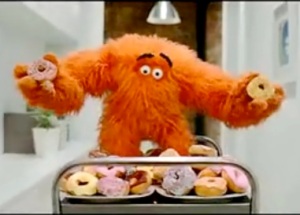 I’ve often said “awareness is half the battle” when it came to my disordered eating recovery process.

But the past two weeks — in spite of being painfully aware that I’ve been over-eating — or this past weekend, when I just gave in to emotional eating, period (borderlining on binges) — all the awareness in the world — even recognizing the “why” — hasn’t helped me stop.

I’m not channeling the CBT techniques I learned in therapy, like trying to occupy myself with other thoughts or doing something else when the impulse to eat strikes — recognizing food won’t fill a void but rather is just anesthetizing me to whatever I’m feeling, as Kara DioGuardi noted in this month’s Women’s Health cover story.