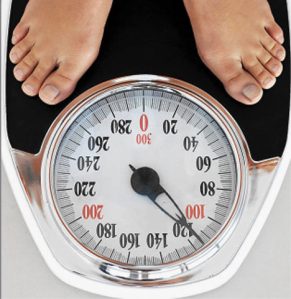 I’m copying Tara Parker-Pope’s New York Times/The Well blog post (“Weight Issues Around the World“) verbatim because there was no use in rewriting something like this.

Clearly, the U.S. isn’t the only country obsessed with weight (or struggling with it).

And that news doesn’t exactly make me happy to hear.

Sadly, obesity is a growing global epidemic, and much of it is fueled by inactivity and over-eating, coupled with economic hardships — a trifecta for disaster.

None of these survey results were particularly ground-breaking, but seeing it all laid out paints quite a dismal picture about weight and our tenuous relationship with our bodies.

“Is the United States the only country worried about its collective weight? A new Reader’s Digest survey has analyzed responses from 16,000 people in 16 countries to find out what people around the world think about weight. Here are some of the findings:

Wives who want their husband to lose weight: Just over half of married women in the United States want a thinner husband, while 47 percent of married American men said they were unhappy with their wife’s weight.

Husbands who want their wife to lose weight: Indian men were most unhappy with their spouse’s weight, with 48 percent saying they wished their wife was thinner.

Most likely to use weight loss pills: The survey found that 37 percent of people in China had used weight loss drugs, followed by Brazil (30 percent), Russia (24 percent) and Mexico (23 percent). In the United States, 19 percent said they used diet pills.

Most likely to blame genetics: Seventy percent of Russians said their weight problems are inherited, followed by Germans (61 percent) and Indians (50 percent). In the United States, 20 percent of respondents blamed their genes for a weight problem.

Go to the Readers Digest Web site to read the full article, “Global Poll: Weight Around the World,” where you’ll learn where people are most likely to use smoking to lose weight, where most people are happy as they are, and where weight is most likely to affect a job promotion or to ruin your sex life.”

How about you? What do you think about these survey results? Are you surprised that the American way of eating/living has come under attack?

6 thoughts on “Weight Issues Around the World”