For the past several years, I’ve refused to jump on The Biggest Loser bandwagon. Having been a devoted WWer for five years, I know the only way to lose weight and keep it off is through eating well and exercising. 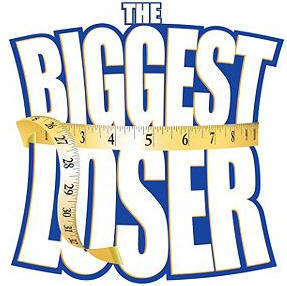 And as a recovering disordered eater, The Biggest Loser, to me, represented an extreme: severe restriction and severe over-exercising.

And so although you know I love Jillian and her Shred DVDs, I just couldn’t wrap my arms around a show that demonstrates such unrealistic conditions.

(I mean, let’s be real: who has 8 hours a day to exercise with a trainer, and a set menu for each day?).

But then I watched the season 8 premier Tuesday night and couldn’t help but feel my heartstrings tugging and my feelings towards the show soften.

Maybe it’s because I’m in a better place emotionally now when it comes to food, exercise, body image … but truly, I think the reason people get hooked on this show is because of the people on the show … their amazing stories.

Like where they came from, how they got to be so heavy, and why they want to lose weight. For so many of them, it’s not a matter of fitting into size 29 vs 30 jeans; it’s a matter of life and death — literally.

We all know obesity is a huge problem in America; no one can doubt that. Just look around you, at the mall, on the street … it’s an epidemic, and a scary one at that. Our kids might live fewer years than our grandparents.

And we know it’s not realistic to think the average person can drop 18, 22, 30 lbs in a week. It’s not healthy; no doctor would support that.

But on the show, it happens, and so much more.

Watching a 400+ lb. woman on TV trying to climb a ladder machine — seeing her frustration and then, after a screaming match with Jillian, seeing her accomplish her goal …  suddenly I “got it.”

I admit,  I judged the show and deemed it unsuitable for me because of the place I was at … but now I view it differently. I get what all the hype is over. Hell, I was crying at the end, and this was only my first real episode!!

These men and women are making a positive change in their lives, for all the world to see. They’re undergoing physical, mental and emotional transformations. And they’re doing it for themselves, for their families, for their mortality.

It makes me feel pretty silly that I moan about 10 lbs when some of these people have 200 lbs to lose. My health isn’t in danger, but many of them are suffering already from health problems at my age.

All I know is, watching the show just put a lot into perspective for me, and I think I needed to see it.

Jillian and Bob have their work cut out for them; this group is the heaviest the show has ever seen, apparently. But how motivating to watch these individuals make a goal and stick to it.

That’s something we can all take away from the show, regardless of what your goal is.

How about you? What do you think about The Biggest Loser? Can you see it for what it is, or do you think the rapid weight loss promotes an impossible expectation?

15 thoughts on “The Biggest Loser”