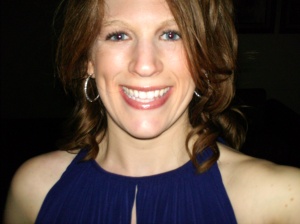 Coming off the heels of my last therapy session last night (at least for now) I had a pretty powerful conversation with my younger brother Thursday night, who lives in California.

He doesn’t read my blog, but he knows what has been going on, and he’s been concerned.

The last time we spoke about chewing and spitting a couple months ago, I’d gone three weeks without doing it, which was a pretty good streak.

And so he was surprised to hear from my sister that I still sometimes did it. He knew of the conversation I’d had with her earlier this week (which instigated the “to blog or not to blog” post) and so when he called, he expressed concern.

We talked for a long time — I’m super-close with my siblings, so this isn’t abnormal — and one of the things that he said really hit home.

He asked how I feel after I chew and spit, and I told the truth. I said usually, I feel guilty because it’s such a gross behavior. But sometimes, I acknowledged, it feels good.

He asked if, knowing how bad it often makes me feel most of the time, I could just not buy the candy bar at all, especially if I bought it solely with the intent to spit.

Since I’d shared with him how c/s is my “rebellion,” he suggested maybe then I’d be able to “rebel” against chewing and spitting it, since I fully agreed it’s an unhealthy and gross habit.

Asking if I could “just not buy it” is a question my husband has asked many times that has sometimes annoyed me in the past (as I used to contend with certainty, “Well, but I’m not in control when I do it”), but yet tonight, the question felt different, all of a sudden … after this week of seeing that I AM in control of my actions …

I realized that both my husband and brother (and others) were asking me because they care, and because they wanted me to feel in control of my decisions, to feel powerful — that I had the ability to choose to buy or not to buy; to spit or not to spit.

That it was, in black-and-white male terms, as simple as just making the decision not to buy it. Were it only so easy!

(Of course, being female and analytical, I noted that sometimes I can buy a treat (like a Cadbury egg – gooey deliciousness and worth every single calorie!) and eat it just fine, budgeting into my daily caloric range and making sacrifices elsewhere, like a “normal” person would!)

Still, there was merit to what he was saying, or what my husband has been saying.

Like my brother acknowledged, I’ve always loved food. And because eating less of it helped me lose weight, I’ve turned it into a vice, an enemy. It lacks pleasure all too often for me.

But if I could view it differently, if I believe I am in control and can be proud of my food choices, I wouldn’t need to chew and spit, which only breeds guilt and more agony.

I could essentially change the habit from a guilty one to a prideful one, by eliminating the behavior.

I don’t know why it took so long to “get this” or to see it. Or why therapy didn’t really get me here, but rather my brother’s words (and, in retrospect, my husband’s words over the past year and a half of seeing me struggle and watching helplessly, trying to get me to see it) did it.

I want to be proud of myself, the way I was when I lost weight and felt good about myself. But I don’t want it to be just a physical thing, for vanity or anything like that.

I want to be proud of my choices — and this means eliminating the negative behavior and replacing it with positive reinforcement — because we want to start a family in the next year or so, and I want to be in the best physical and mental condition to do that.

I want to be proud of myself, not feel guilty for not looking the way I did at my leanest.

Dr. G and I wrapped things up last night, and I feel like it was very telling how all of this has come to a head this week. I mean, after hearing concern from various loved ones that they fear I am not showing progress (because I still sometimes c/s), all of a sudden all the stars seemed to align and it seemed to click.

We left things open; it wasn’t a break-up. I’m welcome to call to see her whenever I need to, or if I want to seek the counsel of someone else, of course that option is out there too.

I feel like I have a good foundation and understanding of myself and my brain’s inner workings to truly heal now, and am grateful for that.

But incidentally, what really got to me was the chat with my brother and, in retrospect, the chats I’ve had with him, my sister, husband and parents in particular over the past eight months.

I know I might not be as far along as everyone would like in terms of my progress, but I do believe there will be a day where I don’t chew and spit anymore and don’t think about it, either.

I’ve had a good week so far … but truly any time food is used as a coping mechanism, we’re better off just trying to take it one day at a time.

How about you? Does my brother’s notion of from guilt to pride resonate with any other chewers/spitters out there?

27 thoughts on “From Guilt to Pride”